The Seeds
The Squawk Back

Cleaning  out my desk for the first time in twenty years, I found the seed packet.  The seeds had sprouted at some point and there was dark earth, scattered inside the paper pouch that held them, and in the musty papers in the drawer where they’d been sitting all this time.

I wondered about the seeds, and remembered a time in Portland, before our two sons burst into our life like great klaxons of color—a time when we could walk quietly down Hawthorne and stop in the stores and buy little things… Read more

I remember thinking this is not how Christ would love, this is a twisted and perverse expression of that beauty and when I walked into the cathedral in Santa Fe three years later and saw His face, not twisted and aggrieved as it was in the morada but beatific, full of love and kindness and with room for me and any other brother or sister or man or woman I knew that I had been right. Read more or listen to Zacc tell the story 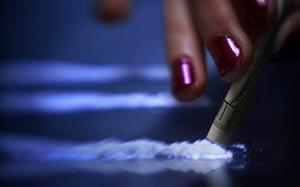 After the ceremony she wanted to go back to the room for a moment before the reception, which was going to be held in the master ballroom. She needed to freshen up, she said. Just go ahead with out me. But he had his suspicions so he trailed along after her, against all of her protests. “I’ll just be a sec,” she said when they got to the room, and went into the bathroom. The door clicked closed, and, as always, she did not turn the lock. Read more

June’s wonder at the strange event quickly became a black hole in her stomach. Meredith had told her some frightening things about Billy the day before, things she had trouble believing, but now this seemed to confirm them. Her legs went weak, and she dropped out of sight behind the register. Read more

On the patio the afternoon rain had begun to fall. You could hear the drops hitting the corrugated tin roof, a pitter patter at first like cat feet but then suddenly bigger, a crashing of sound, deafening in the small room. She pulled her feet up, tucked them underneath her, reached to the table for the cigarettes—but he’d taken them. Read more